Disneyland just kicked off its Diamond Celebration in honor of the park’s 60th Anniversary (the park opened on July 17th, 1955), and what a kick off it was! 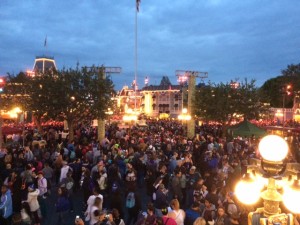 Both Disneyland and Disney California Adventure were open 24-hours, from 6AM on Friday, May 22nd to 6AM on Saturday, May 23rd.

Huge crowds showed up for the chance to spend all day and night at the Disneyland Resort, and by late afternoon, both parks were at capacity! 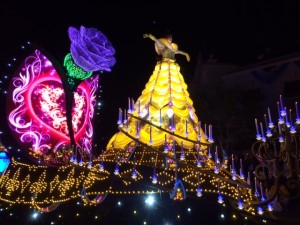 Fortunately, California Life’s Audra Stafford was already inside to get a sneak peek at the new World of Color – Celebrate!, Paint the Night parade and Disneyland Forever fireworks spectacular. (She’ll be bringing us much more on all of those new shows in the coming weeks.)

While there, she also got a chance to talk to Justin Arthur with the Walt Disney Archives and get a look at some cherished items from Disneyland’s 60-year history.

Check out her story below!