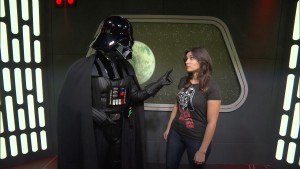 Season of the Force, a celebration of all things Star Wars, just kicked off at Disneyland and California Life’s Audra Stafford was there!

At the center of the new attractions in Tomorrowland is Star Wars Launch Bay, which features  memorabilia from all the Star Wars films. 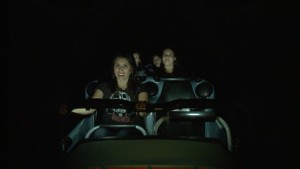 Another highlight–Hyperspace Mountain. The classic Space Mountain rollercoaster has been transformed, and riders will find themselves right in the middle of an action-packed battle between Rebel X-Wing and Imperial TIE Fighters.

Star Tours has also been updated, to include new adventures and characters from Star Wars: The Force Awakens.

And that’s not all! To see what else you can experience during Star Wars Season of the Force, check out our story below, airing statewide this week on California Life!