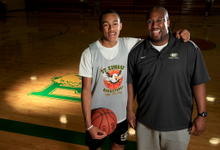 Basketball powerhouse – Elijah Brown. Does the last name sound familiar? Elijah, son of Lakers head coach Mike Brown, has adjusted well to his new team. Jonathan Khamis of the Orange County Register has more on the Brown’s journey to Los Angeles on this week’s episode of California Life.

Mater Dei’s Gary McKnight has coached some of the best talent in Orange County. From county players of the year Taylor King to David Wear, the Monarchs have had an abundance of Division 1 college prospects. 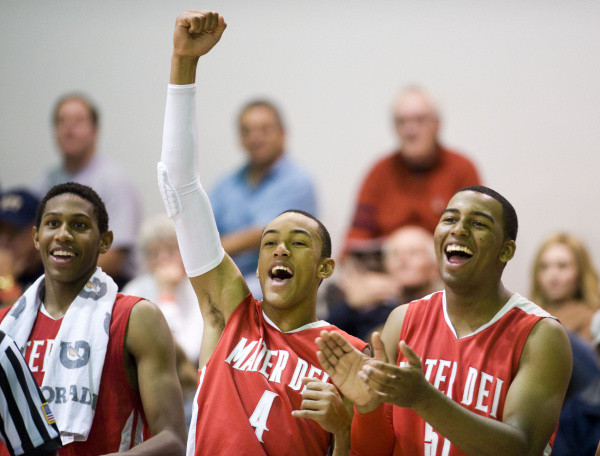 But throughout McKnight’s 900+ wins, he has never coached the son of an NBA head coach. Elijah Brown, son of Lakers coach Mike Brown, transferred to Mater Dei shortly after his dad was named as the successor to Phil Jackson. Transferring to a basketball powerhouse in Mater Dei, was a simple decision for the Brown family.

With a 20.9 point scoring average, Brown is one of the nation’s top scorers in the Pac-12 conference and he recently transferred to become an Oregon Duck. To learn more on the stars rise to success, watch the full segment below or see it air across the globe on California Life with Heather Dawson.