The Broadway sensation WICKED looks at what happened in the Land of Oz…but from a different angle.  Long before Dorothy arrives, there is another young woman, born with emerald-green skin, who is smart, fiery, misunderstood, and possessing an extraordinary talent. When she meets a bubbly blonde who is exceptionally popular, their initial rivalry turns into the unlikeliest of friendships…until the world decides to call one “good,” and the other one “wicked.”

With a thrilling score that includes the hits “Defying Gravity,” “Popular” and “For Good,” WICKED has been hailed by The New York Times as “the defining musical of the decade,” and by Time Magazine as “a magical Broadway musical with brains, heart, and courage.”

Winner of over 100 international awards including the Grammy Award and three Tony Awards, WICKED has been performed in over 100 cities in 16 countries around the world (U.S., Canada, United Kingdom, Ireland, Japan, Germany, Holland, Australia, New Zealand, Singapore, South Korea, The Philippines, Mexico, Brazil, Switzerland and China) and has thus far been translated into six languages: Japanese, German, Dutch, Spanish, Korean, and Portuguese. WICKED has amassed over $4.6 billion in global sales and has been seen by over 55 million people worldwide.

The San Diego Civic Theater is proud to kickoff the tour which runs from October 31st through November 25th! California Life HD visited the show’s premiere where actors JACKIE BURNS (Elphaba) and KARA LINDSAY (Glinda) are returning to their award-winning roles in WICKED.

JACKIE BURNS role as Elphaba is the longest running role to the show’s date. Plus, she has been nominated for an Irene Award for her portrayal in the Broadway show. You may recognize her in the starring role of the national tour of If/Then.

KARA LINDSAY is a veteran of the Broadway stage thanks her credits in Newsies and Beautiful among other playhouse credited roles such as Little House on the Prairie, Cabaret and A Christmas Carol. 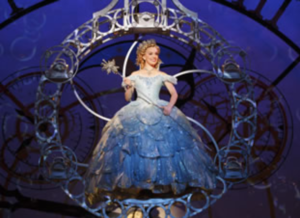 Are you ready to get in on this WICKED-ly good action? Be sure to enter for a chance to win the day-of-lottery tickets at massively reduced prices. Two and one-half hours prior to each performance, people who present themselves at the San Diego Civic Theatre Ticket Office will have their names placed in a lottery dr 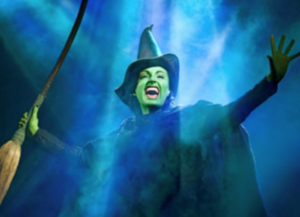 um; thirty minutes later, names will be drawn for a limited number of orchestra seats at $25 each, cash only.  This lottery is available only in-person at the ticket office, with a limit of two tickets per person.  Lottery participants must have a valid photo ID when submitting their entry form and, if chosen, when purchasing tickets.

If you can’t make it to the show for this year’s tour be sure to check-out Audra Stafford’s behind-the-scenes look below!